Adilabad is a city in Adilabad district in the newly formed Telangana. People here speak Telugu, Marathi and Urdu. This city is well known for cotton production. So, there are many agricultural markets from where cotton is sold to traders from various states in India.


Markets and Malls in Adilabad

Not many malls have been constructed here. However, there are nice, big, brands which have made shopping for people in Adilabad a pleasure. There is one mall on the National Highway.
Address:
H.Gangaram Shoping Mall
National Highway 16, Kumar Gali,
Nizamabad 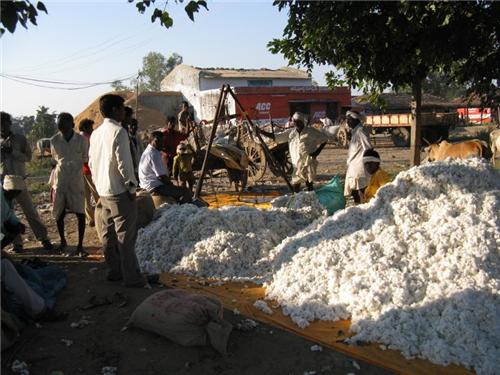 Apart from Adilabad district, cotton is also produced in Warangal, Khamman  and Guntur districts and Peddapally in Karimnagar. Raw material such as raw kapas is a prerequisite for good cotton crop in Adilabad. Year 2014 witnessed severe shortage of raw kapas along with adverse weather conditions in the last monsoons. This resulted in low yield and majority of produce was diverted toVidarbha (Maharashtra) where farmers got better price as well as incentives from various schemes.

Industries in Adilabad town can cater to around 50,000 quintals of cotton per day!The cotton industry accumulates about INR 5,000 crore business annually. Industrialists and cotton traders in Maharashtra have introduced attractive schemes to woo cotton farmers from Adilabad. For instance, periodic draw of lottery is carried out from among the farmers who sold cotton from particular market yards. Other incentives include bullocks or even laptops and tractors in larger markets such as Hinganghat. While the price at Adilabad market is INR 4,400 per quintal, traders in Maharashtra offer INR 5,200 per quintal!As a result, nowadays, farmers show much preference to sell produce to Maharashtra traders for better price and perks.

Cotton is transported by road as Adilabad is well connected with other neighbouring districts. The Digras bridge is being built across the Penganga in Jainad mandal which is expected to increase the inflow of cotton trading in future.

Adilabad is developing gradually. In the years to come, there will be more super markets in this city. As of now, there are very few which have been furnished below: 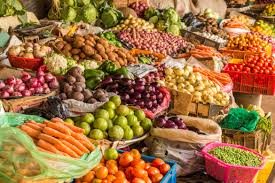 Infrastructural development is taking place in Adilabad at a very fast pace and there are business and investment opportunities for those who want to invest in real estate.