Adilabad has a number of famous tourist destinations which include Saraswati temple at Basar where thousands of pilgrims come for 'akshrabhyasam' of their children and Keslapur where tribal people gather in large numbers for the Jatra. Jama Masjid near Badi market is also a popular religious place with historic significance. The Convent Church is a popular church in Adilabad. 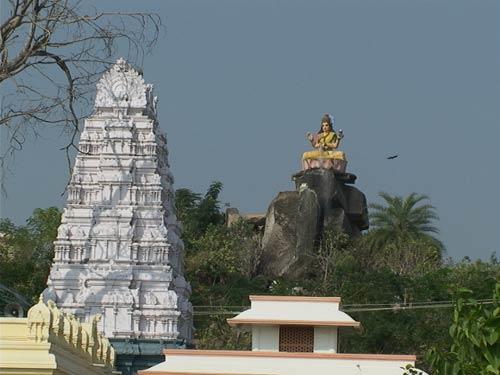 The Gnana Saraswati temple is situated in Basar in Adilabad district. Goddess Saraswati is the Goddess of learning and knowledge. Devotees bring their children here for 'akshrabhyasam'.
It is believed that Maharishi Vyasa spent quite some here in prayer. This place was known as 'Vasara' during that time which came to be known as Basara due to influence of Marathi language in this region.

Karnataka King Bijialudu who ruled the province of Nandagiri (with Nanded as his Capital) in 6th century, built this temple.

There is another famous Saraswati temple in Jammu & Kashmir also. The Gnana Saraswati temple is located on the left bank of Godavari river. Abhishekam is performed early in the morning at 4.00 AM. This is the time when pilgrims can see the sand idol of Goddess Saraswati. 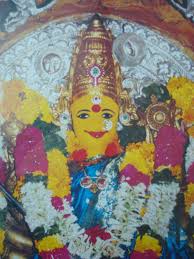 Accommodation is available in Basara in various Guest Houses. Basara is well connected by road and rail. APSRTC runs buses from Hyderabad, Warangal, Vijayawada and Nizamabad. The nearest airport is Hyderabad airport.


Distance of Cities from Basara

There are many tourist places around this temple. Some of them are Mahakali temple, Vyasa mandir, Vyasa Guha, Vedavathi Shila, Dathathreya temple, Shivalayam  and Kuntala Waterfalls near Basara.

Jama Masjid is situated in Badi market and is hundreds of years old. The mosque is frequented by a large number of Muslims and is an important place of worship in Adilabad.  It exhibits an exquisite architecture with the white structure looking magnificent. There is Jama Masjid in Hyderabad too which is known as 'Markaz'.


Minar of Madina Masjid in Adilabad

The beautiful golden door of the masjid opens into the corridors of serenity and spirituality. There is silence inside the masjid beautifully interrupted by prayerful renditions. The white pillars inside the masjid look huge and rooted with a few colourful mirrors and intricate embellishments on the walls to add to the beauty of the masjid.

The masjid is very crowded during Eid and Muharram. The pillar of Madina Masjid unfolds you the loftiness of the universe! it is very tall and culminates with a golden cover towards the top of the minar. Most of the mosque reflects white and golden colour with the floor shining forth like a mirror! The message is clear - love and humanity, prayer and forgiveness.

Explore more about Tourism in Adilabad